In a special UnionDues episode, I chat with newly elected TUC president Maria Exall about campaigning, sexuality and faith.

Maria arrives at the TUC Presidency with impressive credentials.  Frances O’Grady describes Maria as a “proud lesbian, she is our first out LGBT+ president and I know will do everything in her power to champion equality, at work and in society. Maria’s optimism, enthusiasm, and sheer human decency have won her respect and affection at the TUC and beyond.”

But let’s get back to basics: What does the TUC President actually do?  As we discuss, it’s part ceremonial, part practical in that the president chairs the TUC’s General Council, Executive Committee and indeed Congress itself, and part political.  For the Presidency is unmistakably a platform.

Maria is clear on her messaging. On taking office, she said:  “Every worker needs a trade union. In the current cost of living crisis, it is even more important that we stand together.

“Strong trade unions help build workplaces where all employees are respected and valued. When we look out for one another and stick together, then we are all better off. There is no place for prejudice at work. Our values are fairness and equality.”

But to what extent is this a breakthrough moment for the LGBTQ+ movement?  Maria sees this as more of an incremental step, observing that as the first holder of the office from these communities it is inevitably a significant milestone.  But I think it is important not to undersell the achievement, both for Maria personally and for equality, inclusivity and diversity. What’s your view?

Religion-based faith – an emancipation or constraint?

Maria is also a practising Catholic, and the inter-relationship between her faith and campaigning work was a fascinating and reflective part of our conversation.  How can the apparent contradiction be resolved between faith-based resilience and emancipation and the sometimes coercive constraints that religion can seek to impose?

We really could devote a whole podcast series to that (commissioning editors please take note!), but our debate reaches a comfortable consensus.  Have a listen and let me know what you think!

A key part of Maria’s political identify is her involvement with the Labour Party, and she is currently vice-chair of the umbrella body for party-affiliated unions, TULO.  We discuss whether union work is inevitably political (spoiler alert 1 – it is), and whether party affiliation is appropriate (spoiler alert 2 – yes, usually).  But you may be surprised by her characterisation of the relationship between the two wings of the labour movement!  Listen to find out more.

Last but by no means least,  we talk about the extra-ordinary situation facing her own the union, the CWU (Communication Workers’ Union).  Having spent 14 years on the union’s national executive,  Maria is currently an officer of the Greater London telecoms branch. She is involved very directly in the dispute with the largest employers in that sector, just as her colleagues on the postal side of the union are also in dispute with the largest employers in their sector.  Overall, the vast majority of the union’s members are taking industrial action. (A quick plug here to the excellent strikemap website, who aim to show every dispute in the UK in real time). I asked Maria what this had revealed about the culture and capacity of the union?  Her observations may both surprise and delight you.

As Frances pointed out, Maria’s presidency is “at a time when working people face the longest, harshest squeeze on living standards in modern history, and our unions are fighting for a fair deal.”  It is perhaps both the best and worst of times for our new TUC President to take the reins.

Maria refers to Lewis Minkin’s “The Contentious Alliance.” This was published by Edinburgh University Press in 1991.

The following offer support for LGBTQ+ adherents of the faith in question.  It is in no way an exhaustive list and this signposting does not necessarily signify endorsement: 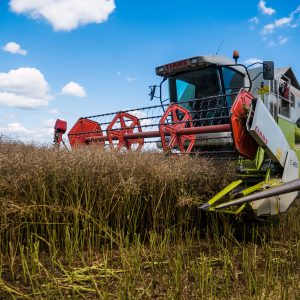