There will be a General Election this side of Brexit because it is the only way out of the Catch 22that our new PM will find himself in.

Catch 22?  Here’s how:  prevailing and entrenched wisdom is that any Tory leader who goes to the country before Brexit will see their party existentially trounced.  But that same Tory leader will not be able to either renegotiate the Brexit deal (the EU have already made that clear)  and does not have support for a No-Deal outcome (Tobias Ellwood has made thatclear).

What the new Tory leader, and PM, will have, though, is momentum.  And novelty.  And perhaps a striking absence of humility too.  In such circumstances, you might say that there is everything to gain and nothing to lose by throwing into jeopardy the very office that you have coveted and secured.

Imagine the scene – no sooner has the new PM kissed the Queen’s gloved hand (do they still do that?),  got his feet under the table at No 10,  than he blindsides everyone and calls an election.  “I’m the new guy, I want a mandate, give me your votes,” he might say.

There is much to support the notion that this will happen.  It wrong-foots your opponents, presents you as a truer-than-true democrat, and if you win – you have more or less a blank cheque on policy.

And if you lose? Well, you won’t will you?  The opposition are split, polls say people back you, there is no alternative that works and then there’s that striking absence of humility.

There are, actually, a couple of fun-busting somewhat stifling reasons why it can’t quite happen like this. First, the logistics of a General Election mean that you need a five or six week run-up.  And second, that pesky Fixed Term Parliament Act.  Prime Ministers simply can’t just pop over to the palace and tell the monarch that they’ve decide to go to the polls.  Nope – you either have to lose a vote of confidence or engineer a two-thirds majority in the Commons to trigger a dissolution of Parliament.

But all is not lost for the incoming PM.  He can still beat the record for the shortest tenure in the top job (currently held by George Canning, premier in 1827, but only for 119 days).  And elections in August are common place compared to September (6 times as opposed to none).  Just take the job, sweat out the summer recess of Parliament,  kept in glorious isolation and out of trouble by your minders, and bring everybody back together when you’ve got your “ducks in a row”.

I’m sure Boris and Jeremy have worked this out already,  but as they’re not sharing, I thought I would.  And August really wouldn’t work anyway because everyone is on holiday.  So, it’s got to be September.

This piece was first published in The Huffington Post 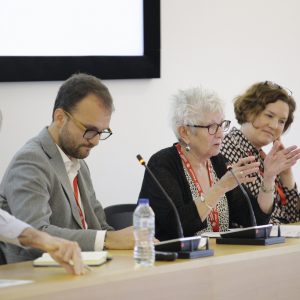 New Podcast: Unions21 Conference 2019 and the Future of Collective Voice