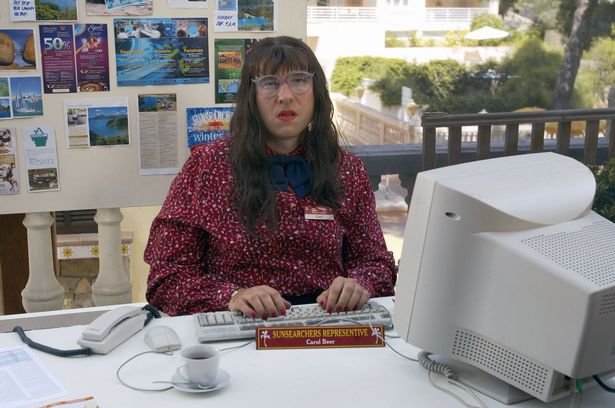 “How much?!? “ It wasn’t a question, but a statement of disbelief. Surely some mistake.

But no, the quote from the existing provider of my car insurance is a third higher (and nearly into four figures) despite no claim and no changes in circumstance – and another year’s no-claim bonus to boot. I’m on the phone to a clearly misnamed “customer service centre.”   No, is the answer. That price is fixed. No discretion, no rationality.  Even given the presence of nearly two dozen (much) cheaper competitors.

This weird set of business ethics seems to be: Have a framework so rigid that it pushes customers into the arms of your rivals, or alternatively, hope your customers don’t check their renewal notices so you can scam them out of huge premium hikes. This would be either incompetence or a case of customer inaction paying more than lost premiums. Either way it is surely unsustainable. Shareholders take note.

The power of so-called “big data” is now starting to be recognised.  From the mundanity of algorithm-driven car insurance, to who wields political power (described in frightening detail by Carole Cadwalladr in a landmark, must-read article on our “managed democracy”) that is part-represented by Trump and Brexit?

In-between these two extremes are things that are starting to have a profound effect on everyday people’s everyday lives. In the word of work, there are two specific areas of concern – appraisal and management.

Appraisal – or performance management – has always been problematic.  This is obviously the case if performance is linked closely to pay. But in addition, annual appraisals have been linked to programmes of “forced exits” (i.e. – dismissals or resignations), with quotas designated for each level of performance, and a heavily managed “levelling” exercises to make sure they are filled. Far from incentivising, the demotivating, disengaging effect can be profound

The appraisals process is also cumbersome, expensive and unsatisfying for managers, so initiatives such as Accenture’s abandonment of an annual appraisal process, in favour of more regular real-time monitoring and feedback, are eye-catching.

But the danger of Accenture’s “Martini”  approach is that “more regular”  becomes constant, and “monitoring and feedback” leads to the remote, micro-assessment of employees – with data harvested, aggregated, analysed and fed back entirely  without human intervention.  At best this is likely to be disempowering.  At worst, it will be the latest iteration of being fired by text message.

Then there is day-to-day management.  A low level of employee control is cited as a barrier to high levels of engagement and output. But with work increasingly delivered electronically – think of peripatetic workers such as telecom engineers or courier drivers – and service users (i.e. us) wanting more predictability in terms  of when someone or something will arrive,  the scope for worker discretion is very limited indeed. But so too can be the scope for mentoring, personal development, even accessing a senior colleague to seek advice, or advise of some unexpected problem.

There is a tension in both these illustrations between what “work” is going to look like in an age that is increasingly technology-driven, and what we generally feel “good work” should be. Unless we can reconcile the two, we will all be victims, not beneficiaries, of a big data world.

“Computer says No” intoned David Walliams in a sketch from “Little Britain”. Walliams’ character was a dulled human veneer on an otherwise automated process.  (Usually) Matt Lucas’s customer becomes increasingly frustrated and disbelieving at the irrational, impervious, inability to complete a straightforward transaction.

We laughed because the whole set-up suggested that even if “Computer says yes”, Walliams’ character would smother any progress, and that should this happen in reality, a quick call to an identifiably more senior person would unblock the process.

But we laughed too at the absurd depiction of “customer service.”

The Sporting Quality Of Mercy

One False Move and the Griffin gets it..