“To make progress on equality, either trade unions need to be expanding, or those who have been in post for a long time need to move on to other things.”

So says Dr Cecile Guillaume, one of our featured guests on the latest UnionDues podcast.  Along with TUC Women’s Officer Nikki Pound, in this episode we explore the idea that with increasing numbers of women in leadership positions (Sharon Graham, Christina McAnea, Liz Shuler and Frances O’Grady to name but four) and with many more women being union members than men,  the race for gender equality is nearly run and done.

Organising women and the sandwich effect

Cecile’s research (her book on Organizing Women is out on 16 December) shows there is a “sandwich” structure  – women in leadership and at the grass roots,  but not so much in-between.  Is this fair?  And if it is,  how did it come about and how can it change?

And that leads us into the issues that are inextricably linked to gender inequality and the intersectionality between gender and race, age, sexual orientation and disability.  Perhaps we are even seeing the zenith of women in leadership positions, Cecile suggests.  A disturbing thought indeed.  Do you have similar concerns?   Listen to the conflicting arguments and evidence!

Intersectionality amplifies the effects of inequality for sure, but as Nikki tells us, there are gender rooted issues that cannot be ignored.  We discussed the picture painted by the latest biennial TUC equality audit and associated surveys and the link between, say, gender pay gap reporting and having the words and details to press for change.  The pay gap is now at between 8 and 15.4 percent (depending on whether you are working full time or part time) and as Nikki says, “You cannot underestimate the value of being able to articulate discrimination that you know is happening.”

The campaign for the mandatory action plans promised by government to close the gap goes on, and Nikki tells us how her own experience of the impact of gender pay gap reporting  in the retail sector, “lit a fire” and lead to her moving to working in the union movement.   (More information on the “equal pay day” that we talk about on the podcast is here)

We met at the beginning of the UN’s 16 day action to highlight efforts to irradicate violence against women and girls.  The evil of Sarah Everard’s murder means we need no reminders about the importance of such work – but the Femicide Census shows 126 women murdered in the year to 25 November.  “I don’t know how much more data we need before we start taking action,” says Nikki.  “Violence” of course includes sexual harassment in workplaces, which is a particular focus for a collaborative approach between the TUC and other groups. Nikki sketches out the campaign strategy and details, including successful lobbying of the government to introduce a requirement for employers to take preventive action.

Discussion then moved onto key gender-based occupational issues,  looking at how trade union action on the menopause and menstruation has brought positive results.  This is not just in terms of greater understanding  of the issues and moves towards supportive workplace policies – and a shout-out to the Wales TUC for their action pack on the menopause which is recognised as a defining contribution to work in this area, and to Carolyn Harris MP and her Menopause Bill proposal.  We discuss the empowerment that comes as achieving policy gains in one area leads to activity in others, and how the mainstream negotiating agenda can become more inclusive in consequence.

So yes there remains much to be done, and not one justification for complacency.  But overall, the direction of travel is unstoppably forward and the glass more full than empty. Do you agree?  Listen and make up your mind.

In his #RadicalRoundUp, Basit Mahmood brings us news of trouble over planned pension scheme changes affecting Unite members at Aston Martin, disturbing news on real pay levels from the ONS, and some indigestible goings-on at Just Eat and service-company Stuart,  where some directors saw 1000% (not a typo!) pay increases whilst delivery drivers had rates slashed, according to IWGB.

And Glasgow University’s professor of work and employment, Melanie Simms shares some exciting, innovative and valuable news forthcoming joint work with the CSP among others on how unions can use data in her #thought4theweek (you can listen to a UnionDues episode with the CSP’s Head of data, Jenny Andrew, here).

You can access this and all episodes at bit.ly/DuesUnion

A version of this post also appears on Left Foot Forward 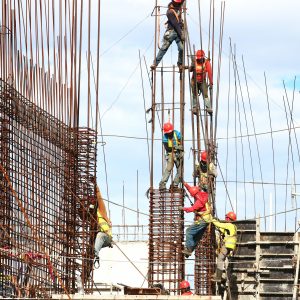 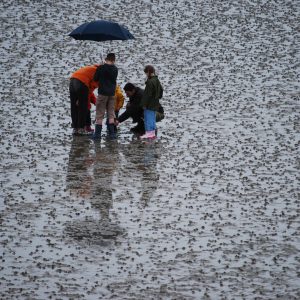