The UnionDues podcast is back!

We have an exclusive for the first show of our second series – the 2020 union website league table.

I chat to Simon Parry about what unions can do to make their website one of the best.  We discuss his role as the TUC’s Chief Information Officer,  why office based servers are a recipe for risk,  the threat posed by ignorance about data laws, and why happiness lies in search engine optimisation.

We also mull over some of the best IT-related ideas to have blessed the union movement over the last 20 years – from virtual branches (innovative but now widespread) to Union Island (sadly a bit of a dead end).

Whilst we’ve been away Covid continues to dominate of course – there’s little room for other news.  But unions continue to be namechecked and consultation over public policy has probably been higher now than for some years.  Which isn’t saying much, but again, let’s take positive where we can.

But it’s a long way from being a change of tack by the government.

New arrangements for trade advisory groups were described by Frances O’Grady as meaning a lesser role for unions.

The FDA is relentless at pointing out how their members are taking the blame for political decisions.  And every sympathy to my old Students’ Union colleague Jonathan Slater as the DfE Perm Sec becomes the latest example.

New unions and changes at the top

We have a clutch of new unions emerging – the Creator Union, the Gaming Workers Union and the Union Workers’ Union all very different, and all putting down roots in these difficult times.

We have a new GS at Equity,  so congratulations to Paul Fleming.  It will be interesting to see how his organising experience shapes the union’s leadership.

And soon we will have fresh GSs at our three largest unions with Unite, Unison and GMB all having new leaders in the foreseeable future.

Whether this period of change is an opportunity or risk for unions is something we will explore throughout the series.

Covid or not, the short sighted ness and obstinacy of some employers still prevails.

Congratulations to IWGB for a hat-trick of court victories against City Sprint:  this time up to couriers could be in line for holiday pay after the employer’s argument and tactics were ruled to be wanting.

And BT seem to have lost the plot big time,  pressing ahead with plans for compulsory redundancies.  The CWU has responded energetically and effectively under the hashtag of #CountMeIn.  For a communications company BT’s approach is somewhat gobsmacking.  Good luck to the union.

Finally, we tell the story of NUJ members at Bullivant Media in the Midlands who have voted unanimously for industrial action following a wretched period of low pay, late pay, high stress, and the undermining of professional standards.  Full details here

Next time I’ll be chatting with Doug Nichols, General Secretary of the General Federation of Trade Unions, the GFTU.  26 affiliates and over 120 years of history.  Not sure who the Fed is  or what they do? You’ll be both surprised and delighted.  The episode drops on 8 September.  Don’t miss it.

A shout-out to my fellow podcasters in the Labor Radio Podcast Network – you can access UnionDues and 63 other union related podcasts through www.laborradionetwork.org

And an even bigger shout out to everyone affected by the start of the new school year – although I know it’s  up and running  already in Scotland and Northern Ireland and just yesterday in Wales.  A huge challenge for teaching and non teaching staff, students of all ages and the families of all of these.  Education unions have played a blinder on this and I’m happy to continue to look to them for guidance.

Till next time, stay safe everyone and see you around. 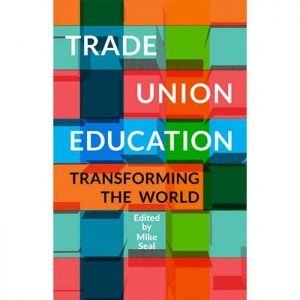 Transforming the world and other union stories