It was a great pleasure to chat with Sarah who joins that elite group – female union leaders.  We discuss her union journey,  mentoring, engaging with young workers and her hopes for the future.

You can listen to other discussions with fellow group members Frances O’Grady (TUC), Michelle Stanistreet (NUJ) and Jo Grady (UCU).

Now, it’s not often that you see anything other than picture-perfect models staring out at you from the cover of fashion magazines,  but this month’s British edition of the iconic Vogue magazine leant its front pages and 20 others to a feature on key workers, including union members and at least one rep.

I think this is quite a big deal- and not in ways you might expect.  A post specifically on this is here,  but kudos to editor Edward Eddinful and photographer Jamie Hawkesworth, and applause for the support given to Karrie Scott and Narguis Horsford by their unions CWU and ASLEF respectively

Karrie and Narguis are role models and standard bearers  for what it means to be a union member and a local rep in 21st century Covid Britain.  They may not see it that way, but potential members and young people entering the workforce look at those pictures and think – “I want to be like that.”

So this is not just about media,  it’s an organising thing too. And that’s why it really matters.

Not such good news, though from across industrial sectors.  British Airways are still determined to sack everyone  and then rehire those they like on inferior terms and conditions.  The unions have set up an impressive campaign website – and BALPA negotiators are increasingly despondent about the value of continuing to (try to) talk to the company.

BT are “morally bankrupt” according to the CWU who suffered the first of their member to be made compulsorily redundant. Entirely avoidable says the union and a trashing of an amazing record of shedding 100,000 jobs by purely voluntary means since 1984.  To make matters worse, BT are also forcibly re-opening consultation on a legally-backed pensions and redundancy agreement that is barely 2 years old.

And USDAW have urged a government rethink after the idea of totally deregulating Sunday shopping in England was (unilaterally) floated.

It seems that some business leaders and politicians have overlooked the fact that the coronavirus crisis is still very much with us – and that business recovery depends particularly on your employees.   Collective discussion, engagement and understanding have to remain key priorities.

Thanks for your comments and retweets.  You can join the discussion at uniondues@makes-you-think.com or @DuesUnion.  The next episode will drop on 16 June and features Nationwide Group Staff Union General Secretary Tim Rose. 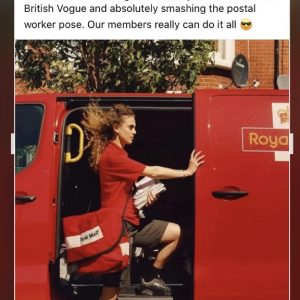 Union strength in the financial and mutual sectors