Sport really isn’t important at this time – managers from Jurgen Klopp to Thomas Frank are absolutely right in what they have said and written.  But sport – and football in particular – is so tightly interwoven with our rhythm of life that the current suspension of the professional game has a huge resonance and occupies an awful lot of space.

It’s also something that it is easier to talk about, confect conjecture over and hypothecate endlessly about what may or may not happen.

So while we wait to see what Covid 19 does next to cause us disruption, distress and worse,  allow me to tip my two pen’rth into the debate.

Although Karren Brady was traduced (because her own club is having a bit of a stinker and could be relegated) for saying the current season should end now, and not be resurrected, I think she has a point.

Let’s face it – the current suspension until the first weekend of April is nothing more than a breathing space.  Time for the Premier League and EFL to work out just what to do.  Does anyone really believe that circumstances – that lead to clubs declaring themselves unable to fulfil fixtures following medical advice – will improve so much over the next three weeks?

Sadly not. There are few things on which a Covid consensus exists, but one is that we are 10 to 14 weeks away from peak jeopardy.  That takes us to the end of May at the earliest.

So my money is on the PL/EFL renewing the suspension, and April being wiped out too.

No problem, you might say.  UEFA will surely shove the Euros into 2021 and we can use the space to complete the league programme.

I agree in theory,  but there would be no room for delay.  And if things are still getting worse and not better by the end of April, there’s no chance.

I say this because players need time to regain match fitness – one day training for each day in isolation has been quoted.  Sounds a bit OTT,  but there’s bound to be some retraining time needed.

Then there’s the contractual question – 30 June is a key date for player contracts.  I’m sure there’s a work around possible here, but the level of buy-in needed to make it happen (given that these are all individual personal contracts involving not just clubs and players but agents too) may just be too much. That’s also when the transfer window opens and pre-season training usually starts.

But with talk of expanding leagues to accommodate promotions, and suspending relegations,  you can see the way some are beginning to think.  And the great advantage of the “Brady doctrine” is that it is clear.  Clinical you might say. Cynical others might opine. Both views have merit, but we would all certainly know where we are.

As the news was breaking last week, one of my fellow Bees tweeted that he thought we may have just seen the last game at our grand old Griffin Park ground.  At the time I thought this couldn’t be so. Now I’m really not sure.

Stay safe, keep well. Let’s look after each other as best we can until normal service resumes to football and everything else. 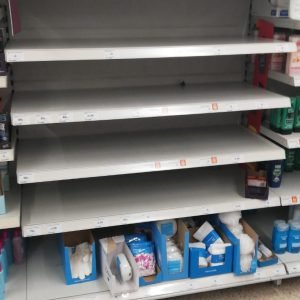 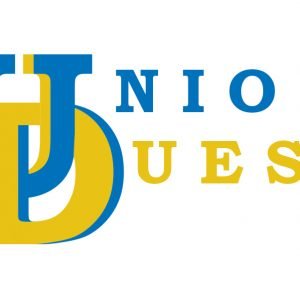 The UnionDues Podcast Is Coming….