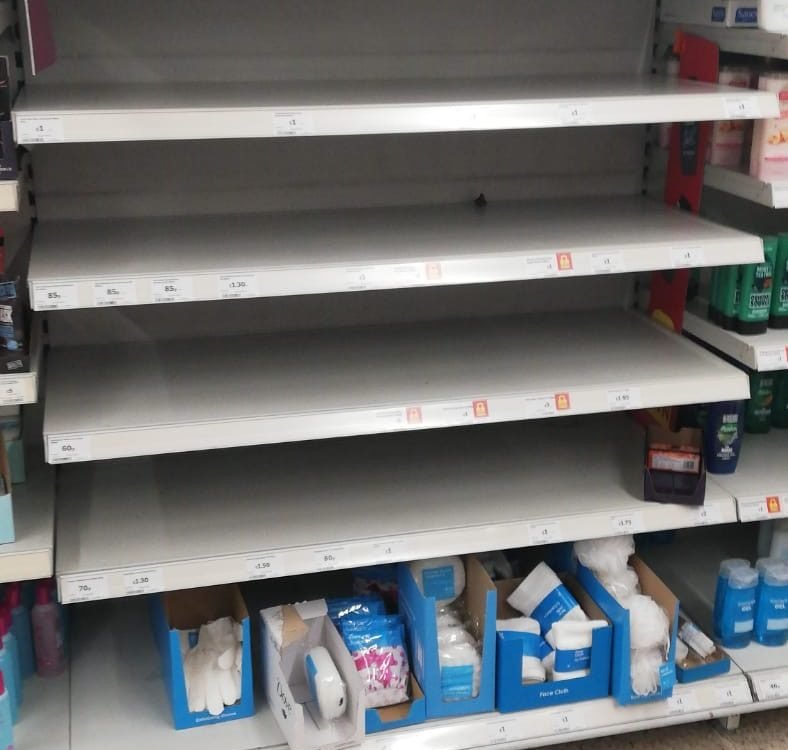 Supermarket shelves stripped bare of hand sanitiser, soap and toilet rolls.  A crowd of 80 thousand plus at Twickenham, and several hundred thousand at professional football fixtures this weekend.  Two conflicting illustrations of the public mood in coronavirus-obsessed Britain today.

A very highly communicable disease, with no currently available remedy, spreading across the globe is bound to have an effect.  But this attacks airways, not the digestive system, so why toilet rolls?  Mind you, that’s not the only blank space in supermarkets – dried pasta, and semi-skimmed milk,  plain flour and paracetamol also have the “plague of locusts” look.

And in a further illustration of the a collectively confused consciousness,  this weekend’s football has been shorn of the customary “goodwill handshake’ – that’s where the teams shake hands with the opposition  before kick-off.  All part of a social distancing tactic to contain and delay the spread of the virus, mandated by the sport’s governing body.

And it was strange, at my beloved Brentford, to see the two teams line up on either side of the match officials,  only to turn on the referee’s whistle, and run to their respective halves of the pitch.   The usual procession of sponsors and VIP guests had been suspended too, as had the usual pre- and post-match meet-the-players sessions.  How this adds anything useful when there’s a near-capacity crowd of 12-and-a-half thousand surrounding the pitch isn’t really clear, and the hugs and handshakes all around following the final whistle show that official directions are out of step with how people feel.

So, what to make of on the one hand panic-buying, and on the other an apparent total lack of traction for the concept of scaling back of person-to-person contact?

Are we facing two ways at the same time?

I’m not so sure.  My good friend Jenn Forbes put forward a good argument in this Facebook post.  She writes of a deliberate absence of leadership generating general confusion to be exploited for political gain.  She has a point, but the coronavirus cannot be so easily managed – hence the rehabilitation of experts (a welcome derivative of a very challenging situation) and a recognition that we are balancing on a knife edge here.

You only have to think of the consequences of someone infected but possibly asymptomatic commuting by public transport, and what would happen if they became ill: We at once topple over into a much heightened situation.

No, I think what we are seeing is “Keep Calm and Carry On” 2020 style.  And the sad reflection is that waves of panic-buying have become normalised – partly by the absence of clear and decisive leadership,  and partly by the way in which issues become viral (sorry) and the near-hysteria that results.  At least as normalised as going to watch footie (or rugby) on a Saturday afternoon.

Of course, there’s some good that can come from all this, although never enough to compensate for the deaths, distress and disruption.  But increased and improved hand hygiene is of itself a good thing – watch “food poisoning” cases tumble if the current exhortations to wash regularly for 20 seconds are followed – and as organisations replace actual meetings with virtual ones, the impact on the environment and productivity could be significant.

But at the moment it’s  a bit of a mess really, epitomised by folk standing outside supermarkets, their trolleys full of quarantine-ready shopping (loo rolls, dried pasta,  tinned goods never normally eaten, probably to be left unused) feeling they’ve done a bit to  protect themselves,  smoking a fag while waiting for a cab.

In a world gone slightly mad, all we can do is take care, look after each other, and be kind. Stay safe, keep well. Keep washing your hands. Don’t eat all that shopping at once. And if you see a pack of loo roll in the shops – grab it! 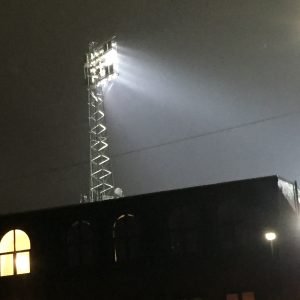