The Robots Are Coming but Sweden Is Fine – so ran a memorable headline of a New York Times article last year about the looming impact of artificial intelligence (AI) and employment.

But why are the Swedes apparently so relaxed about this? What is the truth behind the headline?

In this week’s Unions21 podcast, we talk to two leading figures in the Unionen union – Fredrik Nilsonand Fredrik Soederqvist– and the reality is even more astonishing than the soundbite.

Roll back 10 years, and we find Unionen has just been born out of a merger between two unions representing white-collar workers based, respectively, in services and in Industry. The immediate problem was to find a response to an alarming loss in membership.

That answer was to set a target of increasing membership by 100,000 in two years. Target met, Unionen continued to grow and now has membership of  over 600,000 – and a density level of almost 1:10 Swedish workers.  In fact, more than 1 person in every 20 of Sweden’s entire population is a member.

These are heady figures, and they contribute to overall levels of Swedish unionisation that see higher levels of white-collar membership than blue-collar – and significantly more women members than their male counterparts.

Proving the adage that it’s not just what you’ve got, it’s also how you use it,  Unionen went on to use Sweden’s legacy of sector-level co-determination to regulate and (where necessary) rein-in the fast -developing use of AI in their membership areas.

Their experience of algorithm-based work allocation, performance management and other HR functions was the same as the rest of us – namely, somewhat imperfect (to put it mildly).

But by insisting that use of AI is on a “technology neutral” basis – (e; where technology replaces people, that technology does not change the fundamental employment relationship, include the rights and obligations of workers, unions and employers), Unionen and other Swedish unions can use the provisions of those sector-level agreements to maintain collective bargaining and collective agreements over how they are used.

Given the increasing prevalence of AI in our own economy – and the associated reduction in the control we can exert over our working lives – it seems vital that we get up to speed on this as quickly as possible.

Becky Wright and I grill the two Fredriks on how, in practical terms, this all works, what obstacles had to be overcome, and, crucially, the prospects and possibilities for importing “the Swedish experience” to these shores.

We also touch on some good news from Canada, and shout-out to BECTU following a great campaign “win”. 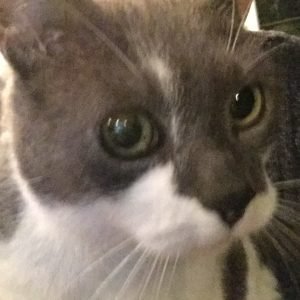 Microchips Are For Pets, Not People 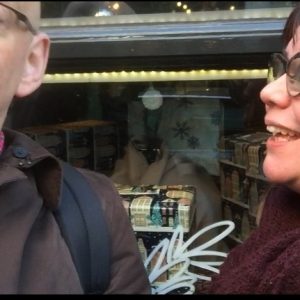