As the mercury hit record levels, our second series of podcasts concludes with our latest episode, just released.

Becky Wright and I drill down into why domestic violence is a trade union issue – inspired by New Zealand’s parliament voting to oblige employers to recognise the logistical nightmare escaping an abusive domestic relationship can be – by granting of statutory paid leave in such circumstances.

That development came as a result of a private member’s bill – let’s hope our own MPs take due note.

Inevitably,  before we scurried off to the ice-cream parlour for an end of term treat, we also reflected on the heatwave, and just what employers could and should be doing to make working life both productive and a little easier in such extreme weather.  Given that this may be the new norm, firms had better gear up for a constructive approach to this if they want to keep the wheels of their particular industry turning.

And given the support we’ve both appreciated and enjoyed from the University of Glasgow during this series, it was great to spend some more time with Prof. Mel Simms as she indulges in some “blue sky” thinking about what the future holds for the world of work and where she and her research and academic colleagues will be turning their attention too. As ever, Mel’s work on the trade union world is at once insightful and provocative.

Along the way, we take sideswipes (entirely justified of course) at the doom-merchants, neigh-sayers and climate-change-deniers with our characteristic generosity of spirit, (hopefully) acerbic wit, and belief that the glass is always at least half-full.

Maybe it was the heat, maybe we were just hit by a wave of end-of-termitis, of maybe we were hitting lots of nails on the head.  Whatever. This is a rousing finale to our second series, and a harbinger of series 3, which will launch in early September with our TUC Congress preview.

Between now and then lies the summer.  And for your further listening pleasure we have prepared a short series of podcast masterclasses – a deeper dive into some of the most pressing issues facing us today – private sector bargaining, trade union governance, revolutionising union education,  organising across international borders.

From 4 August, and on the Mondays following, we can offer you a series of shorter podcasts focussing on each of these issues, in conjunction with the Sheffield Political Education and Research Institute (SPERI) and the Open Democracy platform. I hope you like them and I think you will!

In the meantime, a big thank you to everyone who has supported, downloaded, streamed, shared, rated, commented and contributed to series 2.  If you don’t fall into any of those categories, don’t worry – the door is open for you to do so, so please walk on though!

As Tim Dawson, president of the NUJ, kindly said – we are probably the first and only trade union magazine programme since Gus MacDonald’s “Unions World” in the 1980s. Now, that’s a badge worth wearing with a bit pride and humility: Unions have got stories that are well worth hearing.

Heatwaves and blue Sky Futures can be downloaded here. 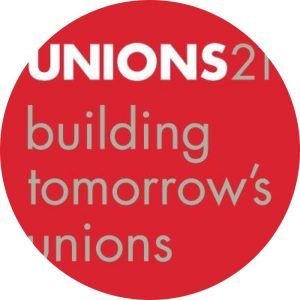