The sirens who warned against the appointment of George Osborne as editor of the London Standard in 2017 probably didn’t have this in mind.

The paper is mired in controversy – possibly scandal – over the disclosure that it has offered “money can’t buy” favourable comment and coverage for firms in return for “large sums”.

This may be a smart political deal, but newspapers are different – or should be.  There’s no Ofcom obligation for balance, but there is the industry’s self-regulatory body IPSO.  IPSO seeks to ensure that the Editor’s Code of Practice is upheld and adjudicates on allegations it hasn’t.  That Code includes an obligation to differentiate between what is fact, what is opinion and what is advertising.

Just one problem:  The Standard hasn’t signed up to IPSO.  Perhaps now we can see why.

All this has strong echoes of the Westminster Cash-For-Question debacle which undermined the Major government.   But the sums allegedly involved here dwarf the paltry thousands paid to a few backbench MPs. As does the potential damage of what Open Democracy have uncovered.

We were horrified by the 1994 scandal, and it arguably pushed up along the path to adopting the Nolan Principles on Standards in Public Life.

How ironic if this pushes us closer to some form of statutory press regulation.  I can already hear calls for the OfCom ‘fit and proper” test for broadcasters to apply to newspaper proprietors. And you can understand why. Whatever the genesis of the Standard’s debacle, a case has been made. 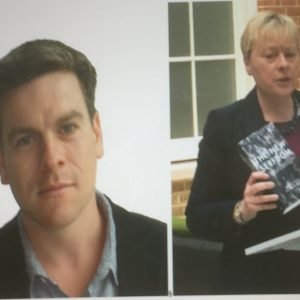