Look, I don’t usually indulge writers of silly articles with a riposte on this site. After all , why let  them set the agenda?

But in the case of Nick Cohen’s deeply flawed dig at Unite, Jennie Formby, and the whole union movement I will make an exception: I think that’s justified.

So, in seven steps, here’s why both Nick and the Observer have got this one badly wrong:

First, he describes the connections between the leadership of Unite and the Labour Party  as being all about inter-connected well-placed family members and friends. The fact of their employment is true. But the synergy between the two organisations is much more about shared politics and policies than personalities.

Second, the snide comment about Formby and her candidature for General Secretary of the Labour Party.  So her and Unite GS Len McClusky used to be in a relationship.  Oh please.  Nick, has the recent upsurge in gender politics passed you by?  Formby is an entirely credible candidate with 30 years’ experience in the all the relevant areas.  And, shock, horror,  people who work together sometimes have affairs with each other! Who knew?

Third, the article conflates Nick’s concerns about Unite into the whole trade union movement. One size forced to fit all. Unite is big, sure, but it isn’t (and never was or will be) the whole 6-million strong trade union family. Certainly, we are not beyond criticism or improvement, but……..

Fourth, let’s just take a step back and consider who is responsible for the major challenges facing workers today. Clue? It isn’t the trade unions. Precarious employment, wage stagnation, in-work poverty, continuing austerity, under-enforcement of employment laws, pay equality.  As the IFS said this week,  we are still in the depths of austerity, with low and middle income families about to be hit with a reduction said to be the biggest in years in state support.

So fifth, trade unions continue to be the bulwark against poor quality work and insecure race-to-the-bottom conditions.  We continue to secure important advances for members – removal of Employment Tribunal fees,  basic rights for Uber and Addison Lee workers, exposing and dealing with gender pay gaps.  That doesn’t sound to me like a movement that has lost sight of its members.

Sixth, could we do more?  Yes – of course. Density of union membership is around 23%. The share of workers whose conditions are collectively bargained is not much higher.  Younger people seem  to like trade union ideas and principles,  but are luke-warm about capital T trade capital U Unions.  We need to fix that. And we’re working on it.

Seventh, who benefits from this miscalculation?  Is it Unite or its senior officials who are the real enemy?  Will the current government and those wanting total labour marker deregulation be shaking in their boots as they digest Nick’s article.  I suspect not somehow.

Last but no means least – because it is indicative of the malaise that this article is – is the accompanying photograph.  Unionistas will immediately recognise that it is a picket organised by the IWGB – a non-TUC affiliated and part grant-funded small union. They represent some groups of precarious workers and have a distinctive organising strategy not dissimilar to what Nick Cohen seems to think is the ideal or desired way of working.  How ironic and inept that the very image used is at odds with the rest of such a disappointing piece.

Not To Blame – The National Living Wage & Toys R Us 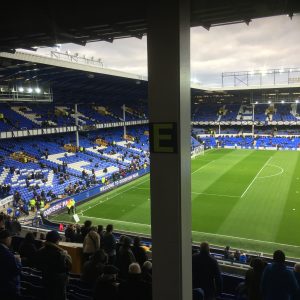 Are Fans Short-Changed As Clubs Miss The Point?