The literal meaning of schadenfreude is to take pleasure in the misfortune of others. That’s not very nice really, is it? But it is something we all recognise, have experienced and have enjoyed.

And that’s usually for good reason. It’s when people get their just deserts, their come-uppance, get hoisted by their own petard.

The feeling is accentuated by not daring to hope that this sort of justice can or will be done. And it is finessed by such pleasure being rooted in the triumph of sincerity over fecklessness, humility over arrogance, decency over swagger. It’s strange, really, that the word is German: Over-bearing pride suffering a fall is surely a deeply-ingrained British trait – as is a line in witty banter and humorous mocking of the pompous.

There is no greater opportunity and appetite for schadenfreude than in the cauldron of sporting passion. So, when my beloved Brentford took on Birmingham City earlier this week, the stage was set.

A little bit of background because context is everything:  In the last 24 hours of the August transfer window, three leading players – including last season’s captain and a talismanic striker all left the club.  But all to the same new employer, the aforementioned Birmingham City, a direct rival.  The players were soon to be out of contract (meaning the club would not be able to generate revenue if they then left) and the rumour was that City wages were more generous than our salary cap of £30 (thousand pounds, per week). It was a shock. It felt wrong. It felt like, possibly, we couldn’t hang on to players.

Then, oh dear, the former club captain makes some injudicious remarks. I’m really sure he now regrets saying, publicly, that his new club was “10 times” better than the best iteration of the one he had just left – that being the squad that came within two games of getting promoted to the Premier League in 2015.

Then there’s the general vibe (no pun intended, fellow Bees fans) that is still around about “Teams like Brentford.”  We won’t ever get promoted, but we won’t be relegated either. Not my sentiments but those of Sunderland manager Chris Coleman – after his bottom-of-the-table side lost at home to us.   “Can’t believe we lost to a tin-pot team like Brentford” moaned one Villa fan on Twitter after, yes, another away win for the Bees.

The formidable Nick Bruzon often writes about the club’s culture. The stands so close to the pitch, and the players walking down the same streets as us to get to the game, you start to get the feeling of the glue that holds the club together.

And then the lights. The match was an evening kick off, and that always makes the atmosphere different, special.

So, all the ingredients are there. Birmingham have struggled since splashing the cash back in August.  Anchored in the regulation zone for much of the season and now sitting barely above it. Can we dare to believe?  Because, of course, for all the history, all the context, there is still the unpredictability of sport.  The game can turn on an unlucky bounce, a dubious decision.  Sometimes the team just fails to perform.

I know this because my team has been there – too many times to count.

But not this night.  The icing on this cake is delicious. Goalkeeping blunders and an own goal help the Bees on their way to a season-best 5-0 win.  And still some people can’t let it go: 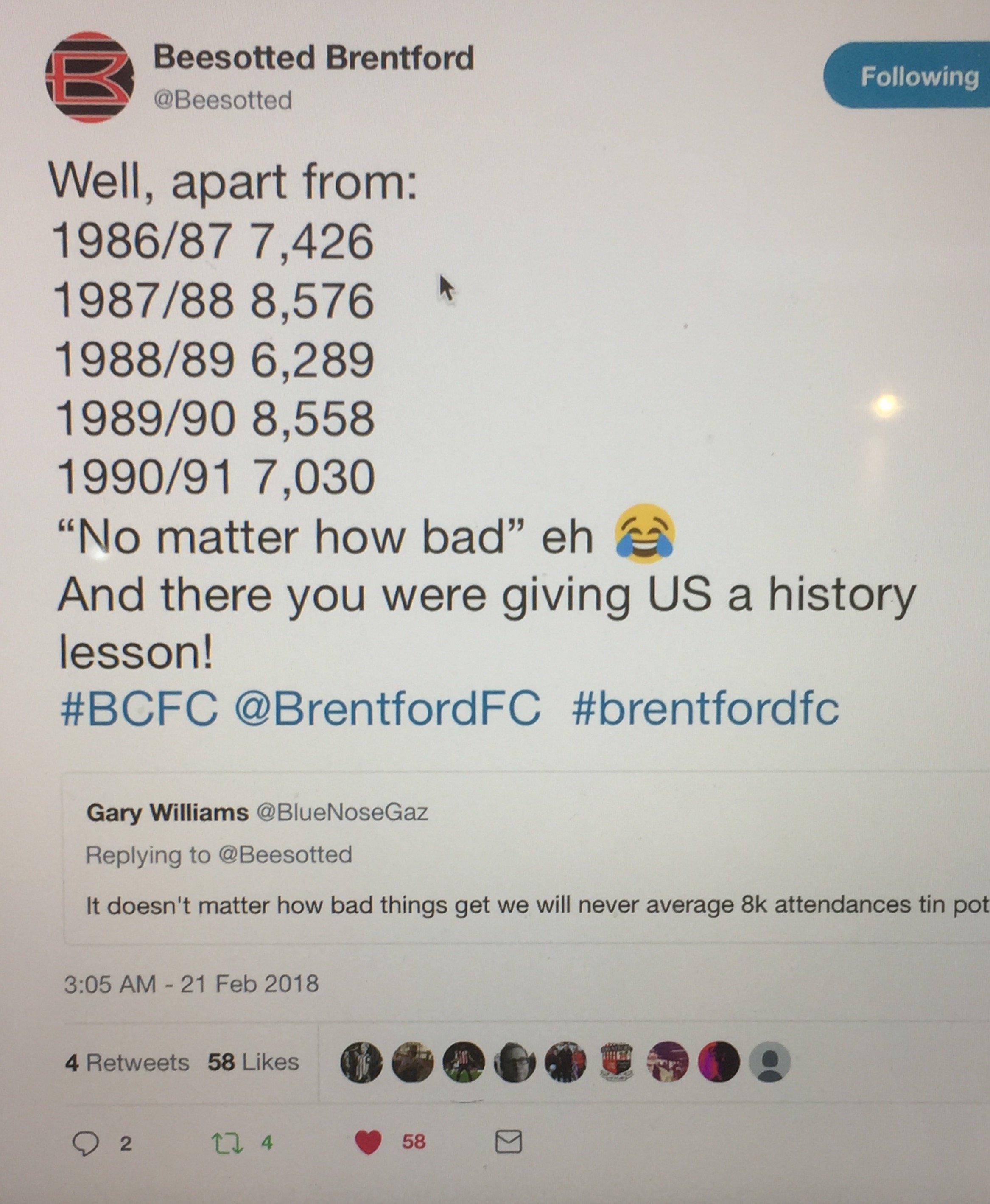 So, I hope you will indulge my passion just for the time it takes to read this piece.  And rest assured I do know the iron law of schadenfreude: what goes round comes round.

Unions Get The Job Done!

Not To Blame – The National Living Wage & Toys R Us