(This is a revised version of The Garden Bridge That Isn’t Top of the POPS, first published in February 2016. Photocredit: Author)

It’s good to see a resurgence of debate about, and distaste for, so-called Pseudo-Public Spaces, also known as POPS, or Privately Owned Public Spaces.  It is high time this murky issue bathed in some much needed light of day.

Pseudo Public Spaces superficially look and feel like public spaces, but in law the land lies in private hands.  Mark Townsend’s great over-view of the landscape still makes good reading, and the Guardian Cities project is to be championed for keeping the issue alive.

Look, while of course you can see the upside of cash-strapped local authorities signing over land to private developers to gentrify, there are plenty of less obvious and less comfortable parts of the package. Townsend cites the transformational Liverpool One project that has literally moved the city centre a good half-mile to the southwest.

A main and clear concern  is the  despoliation  of the historic  buildings and ambience of the environment, especially  given plans that could obscure cherished (and significant)  views, create  ghettos of buy-to-leave residential  blocks and replace  architectural diversity  with stifling homogeneity.  It is not for no reason that certain views in, for example London, are protected by regulations.

But as Townsend acknowledges you can (and I would) go further. Political concerns arguably eclipse these cultural issues.  And I  am not referring to the  massive contradictions  of fantastic shopping centres in the midst  of  grinding  institutionalised poverty,  the glut of new homes with no-one  who can afford to live in them, the signing over of land  for (in the case of Liverpool One)  250 years.

No, the pivotal despoliation is how PPPS/POPS and other diminutions in public space affect our democracy.  As an exemplar, let’s use the most recent and arguably current highest profile “private vs public” land row – London’s Garden Bridge, hopefully consigned to unbuilt history by the tenacity of groups like TCOS and firm political leadership by Mayor Khan

To its supporters, the bridge was a fantastic concept.  More green in an increasingly concretised capital and a new crossing over a transport pinch point. But it became apparent that despite £60m of public money, this would have been a private strip of land over which the public will be granted access.  But access will be conditional on many many restrictions and caveats. Walk (during opening hours only). Breathe? Sure, if you must (I jest).  But don’t play an instrument, fly a kite or give a speech (No, really).

This sort of restrictive covenant can already be found in already-constructed environments, like the land outside and surrounding City Hall.  There you have security guards preventing journalists asking members of the public how they feel about PPS/POPS – on the doorstep, literally, of London’s government

To be clear,  I am  not suggesting that  all space that either  was,  is, could or should be  publically accessible,  should  be open  to  all  activities.  I do believe that there should be a reasonable expectation of peace and quiet in certain places and situations.

But it also seems to me that we have got the balance wrong in our current public space policy. The  presumption  must be  for  de facto  public space –  to  be  protected by de jure  arrangements that  facilitate  active citizenship.  There are enough over-arching   laws to maintain public safety, curtail grossly offensive behaviour, and ensure we can all go about our business without let or hindrance.

The daft thing is that the private money going onto these grand schemes surely does not need such an oppressive overcoat to keep the returns of their investment safe.  I would argue that there is far more risk in trying to sterilise or seal off large tracts of land. It creates and imbalance that can’t be sustained.

Of course wealthy and powerful private landowners have been with us for generations. These debates are not new even if their scope is now different.  But we would do well to remember the 1932 mass trespass of Kinder Scout – now nearly gone from living memory – when up to 10,000 people claimed the right to have access to the moorlands between Sheffield and Manchester, hitherto restricted to the landowner’s grouse–shooting habits. The trespass and subsequent imprisonment of its leaders was viewed as integral to the creation of the National Parks, Pennine Way and the 2000 “Right to Roam” legislation.

We need a similar rebalancing of public policy on public spaces.  We shouldn’t need a mass trespass just to assert that public space should be seen as a utility that adds social value, not a commodity to be traded for short-term, narrowly defined private profit.

Walking recently along-side the Thames, not far from the site of the doomed Garden Bridge, I see a myriad of warning lights atop cranes across the water.  They feel like the red-dot gun-sights of surrounding insurgents.  I inwardly shudder at a sudden chill which is nothing to do with the still-warm summer air around me. 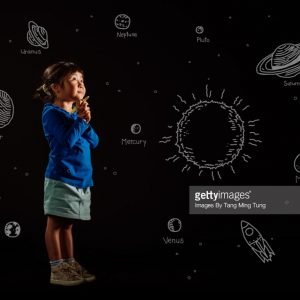 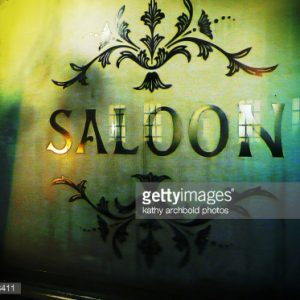