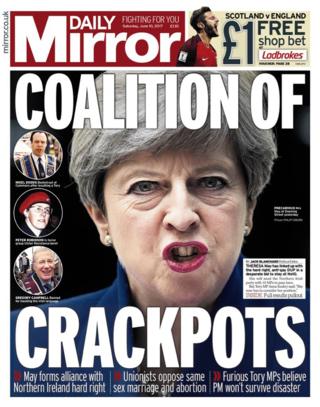 Theresa May – no majority, no allies, no dignity, no respect. Surely this friendless, demoralised and isolated PM will not be in office long enough to hear the Queen’s speech scheduled for 19 June?

The aftermath of the campaign has almost been as extra-ordinary as the 8 weeks leading up to the vote:  Sacking (or losing) your chief advisers turns notions of responsibility on its head. It was Margaret Thatcher who once said, pertinently, “Advisers advise, leaders lead.”

And her resilience must be low. It would be amazing if it were not so. Her contributions in public have been painful to watch, with the PM seeming to be in tears or close to it whilst giving her acceptance speech in Maidenhead and subsequently in televised interviews.

And it was, truly, a disastrous campaign. There has been a landslide of comment and analysis on that. She squandered a twenty-point poll lead, was arrogant, remote, wooden and out-of-touch.  “Strong and stable” became “weak and wobbly”.  The “coalition of chaos…?” Well, more of that below. Manifesto commitments were uncosted, the opposition under-estimated, her misjudgement of Jeremy Corbyn stunning. Is this the redoubtable Lynton Crosby’s last UK election?

The relationship with the DUP to try and secure a parliamentary majority is not chaotic, but as the Daily Mirror called it – a “coalition of crackpots”. It is certainly bizarre, disturbing and dangerous.

First there is still uncertainty about what the relationship is. Not a coalition for sure.  Not a “pact”. It seems to be an “understanding”, that the DUP will generally support the Tory line in the Commons.

But concern is already rife as to what the Unionists will expect in return.  DUP leader Arlene Foster spoke of the party being ready to play a national role. Given their performance within Northern Ireland and the “Cash for Ash” debacle, I imagine some hairs are standing up on the backs of many necks. It’s all only about the cash, opined John Tonge in today’s Observer. Has “Pork Barrel” politics come to Westminster?

But it is not just the recent history in the still–suspended NI assembly that’s an issue.  Nor is it the collection of DUP policies that make it so out of touch with mainstream opinion – though being pro-creationist, anti-abortion, anti-gay marriage, and in denial of climate change is a deeply worrying world-view. Even Conservative MP Sarah Wollaston felt obliged to confirm that she would not support a return to capital punishment following constituents’ concerns about the Tory/DUP accord.

No – the big and unavoidable problem of an association with the DUP is the impact on the Good Friday agreement. At a granular level, this has already expressed itself by hopes for a more favourable approach by the government on the vexed issue of parades.  When it comes to the role of the British and Irish governments in acting as guarantors of the peace process, you can see a sharp and potentially ruinous tension.

So the pressure on Mrs May to go is intense. But can the Conservatives afford leadership change let alone a leadership election? They are truly boxed in.  Brexit negotiations are due to start by the end of the month. The end date of March 2019 is seemingly immovable. Any new leader, in a minority administration, would surely need to seek a fresh mandate.

And the polls now have continued the Labour momentum that captured 40% of the vote – a bare 2% behind the Conservatives. For the first time Corbyn is seen as the equal of May as Prime Minister.  Labour seems the more popular party. (What now, by the way, for the pollsters who posted a 10 or 12% leads for the Tories on the evening of 7 June?)

And part of the problem is who do you replace her with?  Boris so clearly wants the job. But the foppish Brexit flip-flopper surely has no credibility. His former partner-in-crime Michael Gove’s condemnation would be immediately resurrected – as would the mendacity of claiming the NHS would benefit by £350m a week if we left the EU.

Ruth Davidson is amongst the most likeable and credible of senior conservatives, but she’s not an MP (that didn’t stop Alex Douglas Hume, but that was more than 50 years ago!) and has already raised concerns about the DUP.

David Davis was beaten to the leadership by David Cameron in 2005, but has the brains and power base to go for it again. Except he has one of two other things on his things-to-do list right now which makes it difficult for him to manoeuvre.

And who ever it is – like the Major-esque Chancellor-in-hiding, Phillip Hammond – just who would want such a curate’s egg, poisoned chalice, bouquet of sharp thorns right now?

Another election before the end of the year looks inevitable. Right?

Not necessarily. The Conservatives could settle down, pull in a caretaker leader and govern with their 318 seats.  Because although there are 650 MPs in Parliament, 11 don’t take their seats (Sinn Fein and the Speaker/Deputy Speakers). 315 will give you a working majority.

And never ever, forget the Conservatives taste, lust and instinct for power.  It is one of the most enduring forces in British politics.

So in the end the biggest threat comes to something that the Party, as an entity can’t control: Mrs May herself. What and who will be the victim of this doomed Queen Bee’s valedictory sting? That may still be the decisive act.

Mr Dacre, A Free Press Must Recognise Its Responsibilities 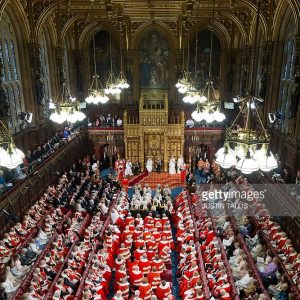