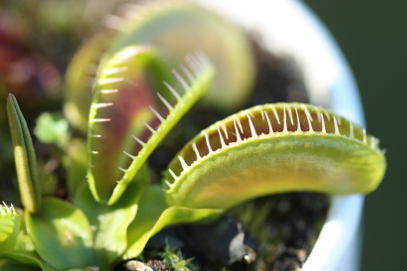 Earlier this year, Accenture boss Pierre Nanterme announced with a flourish the death of annual performance reviews.  As I read his rationale I found myself nodding in agreement, but by the end I was more anxious than reassured.

From an employee and union perspective Performance Management is a big big deal – even more so in a deregulated labour market with increasing emphasis on basic pay and pay progression being linked to performance.

Put any ten union reps in a room and we will quickly  come up  with just about the same “top five”  of poor performance management  regimes – inappropriate target setting,  seeking constant improvements when the employee doesn’t have the means to achieve them,  “levelling” or a  lack of transparency/objectivity,  discriminatory  practices , and their use as means to manage our members out of employment.

We all will have had to face the sometimes awful, life-changing or, tragically, even life-ending, consequences of bad performance management.

Without wanting to state the obvious, this is bad for our members but also for the employer who risks productivity and reputation by pursuing misplaced methods.

So when M Nanterme asserts that “the traditional annual review process does not justify the cost, effort or outcome…the process can actually demotivate the vey people that companies want to retain and develop, “ I want to read more.  (I also want to invite him to a Unions21 event to expand and debate this some more).

Reading on, it seems that M Nanterme may be one of those employers who can see things the same way as we do: “No longer will we rely on forced rankings and comparisons of employees…..no longer will we fill out time-consuming assessment forms that focus upon the past. It’s not what we need.”

So far, so reassuringly good.  But it is one thing to identify a problem, and quite another to solve it. And this is where I start getting nervy.

If our same ten reps standing in a room turned their attention to what a good performance management system would look like, I think it would be less likely that we would come up with the same visions. In an ideal world, would we have PM at all, still less determine anything to do with pay on the basis of it?

But recognising that we do not necessarily have all the answers doesn’t debar us from a critical review of the post-APR world.

“Our job as leaders is to create the right environment for the new [millennial] generation to flourish in their careers…..the focus is on the future and how through frequent, timely and individualised coaching decisions – people can improve their performance….” says M Nanterme.

Two immediate issues, don’t you think?:  What is the concept of a “career” in the future world of work?  And just how “frequent, timely and individualised” is the new way of working?

Fortunately, M  Nanterme gives us a further insight: “The change we are making at Accenture puts people at the center [sic]…our people are looking for real-time, on-demand conversations to define priorities and to get and to give feedback….This new approach is entirely digitally-enabled so that conversations can happen anywhere, anytime and on any device.  This is the new world all of us are operating in – with fluid feedback at the point of need.”

Well let’s just stop right there.  A “Martini” approach to performance review. How alluring. Rather like a Venus Fly Trap to an unfortunate insect. Where are the limits to and control on such an all-enveloping utterly invasive mode of assessment? Whose “need” are we talking about?  What means do employees have to ensure that the commitment their employer expects from them is reciprocated?

That is the real and pressing challenge in what M. Nanterme is championing. Every instinct points to anxiety – that the reality of such a scheme will be assessment on a granular scale, 24/7/365.  The savings from digitalising and automating this function will accrue to employers but not employees.  And further automation means that algorythms will present irresistible opportunities for further savings – only for the lack of control and responsiveness from managers that so many 21st century workers have complained about for years to increase still further.

From there it is but a short step to a dystopian “Black Mirror” future where life chances and experiences are predicated on measures you can neither see nor alter.

I warmly and genuinely invite Pierre and his colleagues at Accenture to tell us it isn’t so?

Budget 17: Tax Is The Biggest Elephant In The Room