The role of membership data as a crucial asset in unions’ comms and campaigning work is being increasingly understood.  There has always been an obligation, borne of legislation/litigation and common sense, to know who we are talking to and what their membership status is. But the ability to look in more detail at the interaction we have with our members has the potential for us to improve the quality that relationship exponentially.

For example, knowing the email addresses of members who access union on-line services (including websites) enables us to cross-reference that with demographic data to see how effective we are being at reaching certain groups.  This can be fine-tuned in a number of ways:  we could focus on reps rather than members in general.  We could drill down to a granular level to see how much time has been spent on which page of the site.  We can track usage to see when people visit, and what their navigational pathway is.

This means we can tailor and improve our communications   both to and from our members. That’s valuable and important but of course it is limited by the data we hold on website visitors. And the biggest constraint on that is that the fullest – and therefore most valuable – datasets will only be for members.

I readily recognise that there is an arguable point of principle here: We should only be concerned with members because it is their subs that fund what we do.  And by joining, they have signed up for a club (see my piece last week on branding) in a way that non-members or “outsiders” have not.

But with union membership  stubbornly stuck  at  around 6m, and  showing no signs of rapidly expanding,  and with coverage of collective agreements and density  at  depressed levels,  I would argue that  we should, indeed must,  use every opportunity  to  extend our reach  into the workforce.  Once we connect with people, as I have described above, all sorts of other things can become possible. But we have to establish a communication channel to do that.

This is where models of organising and membership come into play.  If we look at many pressure groups, such as Greenpeace, we see that structures that are orientated towards supporters rather than, or in addition to, members.  This two tiered  offering  sees  people  pay a lower  level  of subscriptions –  or possibly  no subscriptions at all –  to sign up.  Their access is restricted in comparison to full-rate members, but that is ok, because their expectation from us is much more basic. This arrangement certainly has lower barriers to entry – but also reduced powers of retention.

Members matter but supporters can play a crucial role too

What would the relationship be with supporters as opposed to members? Here’s my “starter for ten”: Basic generic employment law advice. Local contacts. Campaign material. Information on how to get involved. Calls to Action.  But something that is supporter-specific, an event of some description would be good.  This could be allied to a wider political goal such as the recent “JC4PM” tour, or an appeal to turn out for a local or national demo.

There will be endless permutations of possible and actual support-offerings, but the bottom line is surely this:  we need to reach out to and engage with people for whom a full-blown membership package will not be attractive. We simply cannot afford not to.

Many unions are already engaged in this task.  Forms of organising from Unite’s Community section to the IWGB are actively pursuing new forms of engagement. The NUS explicitly offers a two tier service with their “NUS Extra” programme.  Multi-party campaigns, consisting of unions and other friendly groups,  such as HealthCampaignsTogether and Schoolcuts.org.uk, have a particular focus on a supporter model of engagement, but here there is a specific set of policy objectives as opposed to explicitly promoting trade unions.

In all of this, I believe signposting and co-ordination is key.  There is little value in each TUC affiliate providing generic employment advice.  Partly because that would be duplication and partly because if we ae engaged in a battle for the future of the movement, we need a strong central coordinating body  like the TUC, as the default provider of  such  advice and bespoke centre-of- excellence.

The collection and use of data can give unions individually a key advantage in optimising communications and campaigning.  But it is in the collective space that there is even more to gain by bringing fundamental messages about trade unions to the wider population in a coordinated fashion.

As we enter #HeartUnions week, it is worth remembering that we have no divine right to be the voice of working people. But by aligning   membership strategies with developing an offering for supporters, we give ourselves a hugely enhanced future.

How we can use digital information is an ongoing area of investigation for Unions 21. You can catch up on all their work as well as hear some top level speakers on the key issues we face at the 2017 Unions 21 conference on 21 March. Details, including how to register are here. 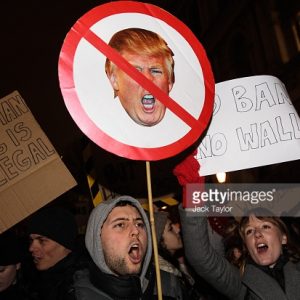 Trump’s Travel Ban is a Revolution in Action (so what do we do?) 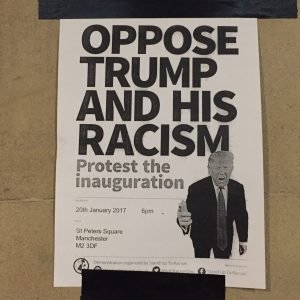 Needed: Our own Garibaldi to Trump Trumpism