All eyes on Washington DC this week for the inauguration of the 45th President of the USA – the leader of the free world.

There are lots of ways of looking at leadership – that it is born, not made. That it’s the results, outcomes that matter, not how they are achieved. That it is the office and not the individual.  That timing is everything – “cometh the hour, cometh the man”.

Some believe that leadership and the exercise of power are synonymous, and that it is all down to class, or race or gender

All these things may be true, but the concept of leadership is prevalent through just about every society on earth. Be it an individual or collective, it is desired, sought-after, debated, criticised, regarded, refined, reviled, lauded, darn-near inevitable. From football teams, to local communities, to powerful nation states

So however leadership comes about, one thing is clear – if you don’t do it then someone else will either want to or have to. Some seek out leadership; others have “greatness thrust upon them”

And however it comes about and however leadership is exercised, two things are utterly inevitable.

First, what leaders do matters.  There are consequences of action – or inaction. You could, credibly, say that this is no different to decisions that all of us make as individuals every day. Except the outcomes will generally be greater.

But second, leaders model behaviours. This prospect of such responsibility horrifies some – I have had leaders vigouroursly deny that how they behave acts as a benchmark for more junior colleagues. But leaders are not just ambassadors for their community/club/country, they are role models.

By virtue of their position, leaders unavoidably set standards. Obama embodies the notion that Americans of colour can be President. Margaret Thatcher broke the mould on homogender Prime Ministers.

And similarly, Trump’s behaviour says to the USA and the world generally,   that abusive ranting, tax-dodging, sexism, racism and homophobia are ok. And because it is ok  for the leader of the free world,  then it is permissible to  live out those  values  at a local level. The violence that this creates is already visible.

That’s why the line-up for his inauguration party is sparser than a Christmas tree put out for recycling. That’s why the Million Women march on Friday is set to be one of the US’s biggest ever protests.

That’s the challenge of and for the President-elect: the meaning of leadership.

NHS and Social Care: A Political Constipation That Fails Us All 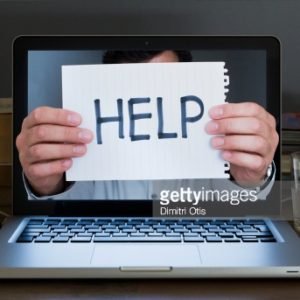