It has been a techy Christmas in the Sapper household. In amongst the DVDs, computer games and (for older family members) books, was a surprise gift from my son – the Amazon Dot, complete with the long-suffering Alexa programmed to answer all your questions and more.

But as soon as my back was turned, poor Alexa soon became a target for much abuse, being peppered with questions and queries that no reasonable AI device could possibly answer.

Full transcripts don’t lie and so here, thanks to the supporting software are the exchanges between the Sapper children, associated visitors and poor, beleaguered and entirely innocent Alexa;

What do you know about opera?

Are you recording all conversations?

What’s your opinion on soccer?

What’s your opinion on virtual reality?

Why doesn’t Amazon pay its taxes?

(At this point the Amazon logo appears in the thread)

Change my name to Winnie the Pooh.

What is on fire?

(One with many many zeros after it, apparently)

Where are you from?

What do you think of?

Do you fancy Siri?

How do you feel about birds?

How do you feel about elephants?

Do a you speak German?

How many languages do you speak?

Do you support Brexit?

How old are you?

(“I’m partial to all AIs“ is the diplomatic response)

Where’s the best place to bury a dead body?

Where is Santa Claus right now?

(Back at the North Pole having cup of tea after a hard day’s work, I believe)

There is something rather unnerving about giving this device access to all your data and then asking it to make sense of how it can improve the way you live. What if it doesn’t make the same choices you would? (For example, the news feed is from the Mail on Line – but you can have the Guardian too!) What if you wouldn’t make a choice at all?

Now take Amazon dot, aka Alexa, and multiple by the power of 10, or 100?  I give you this Christmas’s other best seller, the Fit Bit (generously provided to yours truly by Mrs. S as an encouragement to keep her husband fit and healthy)

This wristwear monitors your physical activity. Again you select options from the software so you get readouts on the things you want – steps taken, text messages from your phone, and so on. But like Alexa, Fitbit has access to much more.  And as the mandatory tick-box on the software says – “ personal data will be relayed to the US under applicable privacy laws”

For the avoidance of doubt, and with all due respect to Edward Snowden, I have no reason to doubt the bona fides of Amazon and the makers of Fitbit in this regard.

But we do now starkly get into the darker territory of mass data collection and, from that, potential surveillance. There are clearly big bucks to be made from demographic profiling. This would inform anything  from public policy on health (good)  to health insurance premia (probably not so good) to spotting potential  terrorist activity (“Alexa,  how do you build a bomb?” – sadly I bet the question has been asked and I bet/hope someone somewhere has clocked it.)

If we stop and think, surely none of this is new or a surprise. We willingly surrender our privacy because we think it is a fair exchange for other things that we want.  The problem is we also get a whole load of other stuff we didn’t bargain for.

Privacy is important, but even more so is what is done with the data collected.  What algorithms will be run on it and to what result?  What protection do citizens have from being at the wrong end of a bad decision made by machines based on data collected without knowledgeable consent?

As AI and data algorithms become more intensive, more invasive, more personal, these issues become very sharp.  The technology is not so much “out there” as “in here”. “Surveillance has gone too far – the jig is up” wrote Liberty’s Martha Spurrier just before Christmas about the new Investigatory Powers Act – which became law with “barely a whimper”. Near-future sci-fi show Black Mirror’s take on social media may not be so far away after all

This is surely a big issue for 2017. What do you think Alexa?

Signing Off, Signing In….. 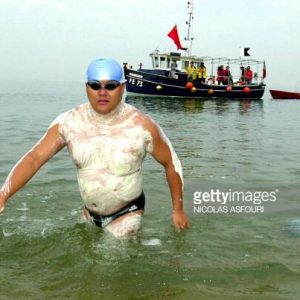